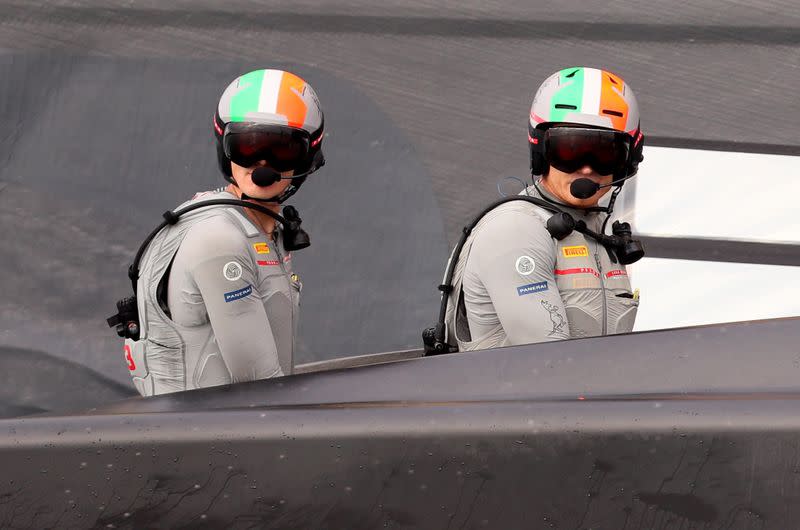 Spithill, who was part of Oracle Team USA’s team that lost 7-1 to TNZ in 2017, helped Luna Rossa into a 3-2 lead but five successive race defeats ended his bid for a third America’s Cup triumph on Wednesday.

The 7-3 loss also dashed Italy’s hopes of securing sport’s oldest international trophy for the first time and Spithill, who skippered Oracle to America’s Cup wins in 2010 and 2013, felt he had let the team down.

“I’m disappointed obviously I let them down,” he said. “I believe we left some wins on the table. But that’s sport and I truly believe the better team won.

“At times it felt we were taking a knife to a gunfight. But for Luna Rossa, what a fight. It’s just been an amazing experience, definitely a highlight of my career.”

Spithill, who has competed in every America’s Cup regatta since debuting as a 20-year-old in 2000, plans to return for another campaign.

“I love the fight, I love competing. That’s my fourth Cup final in a row and two wins and two losses, so I can’t leave it there, I’ve got to tip it the right way,” he said.

“It’s been a tough campaign … but I’m pleased at the way the team sailed, the attitude we showed,” he said.

“Hopefully there will be another Cup in New Zealand and we’ll come back stronger.”

(Reporting by Arvind Sriram in Bengaluru; Editing by Peter Rutherford)

The Ocean Race: VO65’s go head to head with IMOCAs